1. Which of the following laser treatments would likely be considered investigational?

Answer: A, B, and C. Therapeutic laser, low level laser therapy and laser phototherapy all refer to the same physical therapy modality that is proposed to produce a reaction at the cellular level, more than just providing heat to the area. It is currently considered investigational. The YAG laser is used in the treatment of cataracts.

2. Can you explain the difference between these therapy modalities?

Answer: A and C are the same. Dry hydrotherapy and water massage refer to a massage device in which the patient is sandwiched between two bags of pressurized heated water. Jets move the water over and against the body, creating the massage. This treatment is considered investigational.

B and D are also the same. Pool therapy and aquatic physiotherapy refer to physical therapist-directed exercise in a pool. Aquatic therapy may be indicated for a number of musculoskeletal conditions and is often combined with a land-based program. Pool therapy may be a reimbursable, justified treatment.

3. Are these treatments real procedures?

Answer: All treatments are “real,” but not all are considered conventional treatment.

A. Epidural blood patch is an injection of a small amount of blood into the area of an epidural block or injection to prevent the leak of cerebrospinal fluid (CSF) through the dural membrane covering the cord. The leak of CSF is thought to contribute to headache after epidural procedures.

B. Platelet rich plasma therapy is the injection of blood into tendons and ligaments. It is being investigated for a number of conditions, including rotator cuff tendinitis and plantar fasciitis. Currently, most health insurance companies consider the treatment experimental and investigational.

4. Do you know these diagnostics?

A. CRMA is computerized radiographic mensuration analysis, a digital x-ray of the spine typically used by chiropractors to assess and measure spinal subluxations. Most health insurance policies consider this diagnostic investigational.

B. SEMG or surface EMG uses electrodes stuck to the skin or pressed against the skin to assess muscle electrical behavior. This is not the same as a needle EMG in which needles are placed through the skin into the muscles. SEMG have been utilized by chiropractors for many years, but the procedure is generally considered investigational. The reliability and validity of results has been questioned.

C. Neurocalometer refers to thermography, which assesses skin temperature difference. Thermography has been proposed as a diagnostic tool for a number of conditions, including neck and back injuries, but it is generally considered investigational and to have limited clinical value.

D. VEEG is video EEG. This procedure may be indicated for the diagnosis of seizure disorder or epilepsy, but would not be routinely needed when a diagnosis of epilepsy has been thought confirmed. 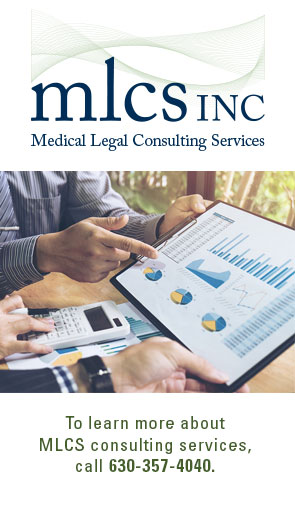 What Our Clients Say

"The report was very helpful; this man had a lot of serious health issues that were really well-documented in the nurse's evaluation."